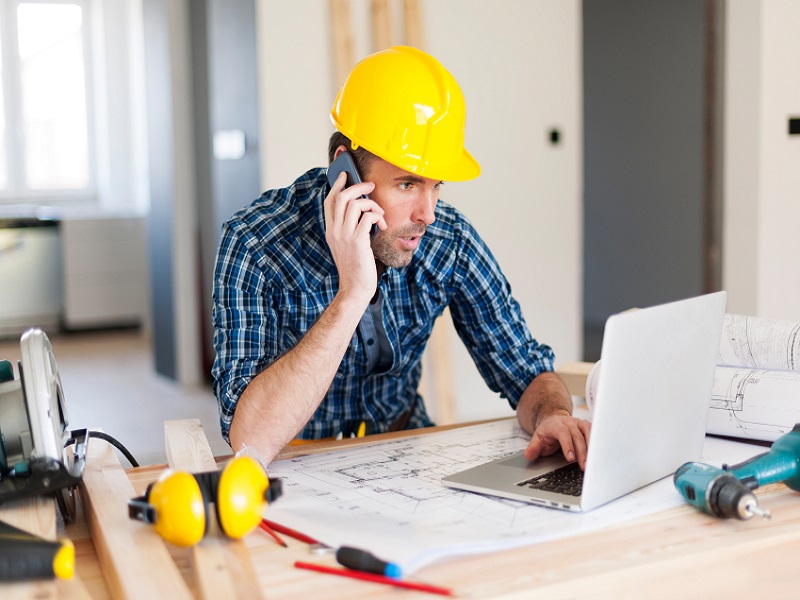 Business growth is a wonderful thing… but it also creates a greater tax burden. Learn how to make the necessary changes that will allow you to keep on thriving. Keep reading to learn how Tax Planning Rescues a Construction Business!

Seeing your construction business grow is a wonderful thing.

You’ve put in so much time and effort to get it to where it is today. You’ve built the team, done amazing work, and executed your growth plan to the letter.

But there’s a problem…

With success comes a much greater tax burden. The IRS will want to take a huge slice of the pie and your tax structure may make it easy for them.

The Price of Growth and Success

Glenn (not his real name) is the owner of a construction business.

For years, he’s worked hard to expand it into a multi-million dollar enterprise. He had an amazing growth plan and he stuck to it.

He came to Ed Lloyd & Associates on the back of his most successful trading year ever. Business was booming and Glenn couldn’t be happier…

Except for one big problem – tax planning, or lack of.

Hundreds of Thousands in Taxes

The rapid growth of Glenn’s company had led to an enormous tax bill. It was beyond anything they’d ever paid before and he knew it would slow them down. Now was the best time for him to push his plans for business expansion. For that, he needed cash flow and plenty of it.

Glenn knew how damaging this would be to him, which is why he came to us for tax planning in the first place. We created a tax plan that would save him hundreds of thousands of dollars.

Delighted at the prospect of keeping more cash in the business, Glenn presented our plan to his CPA.

The advice he received was…

Just buy some equipment and pay the tax.

This is an issue you may come across with a lot of financial professionals. They have no desire to put in the work and create the right tax planning solution for the situation. Instead, they just want to go with business as usual because it makes things easier for them.

With his CPA’s advice ringing in his ears, Glenn came back to us.

He felt conflicted between the CPA he’d worked with for years and the new company who’d created his plan.

We admire his loyalty…

But he’d face serious cash flow issues if he paid almost $800,000 in federal income tax. And he didn’t have to pay it! That was money Glenn needed to buy equipment, grow his team, and handle the continued growth of his business.

Without it, the business would stall right at the point where it seemed poised for massive growth.

We worked closely with Glenn to alleviate the concerns he had.

The key point we made was that the advice he received from his CPA was completely wrong. We knew that changing his construction business structure would have a profound impact on reducing his income taxes.

We had several telephone conversations with him about the subject. And eventually, we just had to tell him:

Finally, we got through to him. Glenn’s a very smart man and he realized that his loyalty to his CPA would cost his business in the long run.

So… he adopted our tax plan to rescue his construction business.

We got to work as soon as Glenn gave us the go-ahead.

Our team prepared both Glenn’s business and personal income tax returns for the year.

What’s more, the structure we created benefited Glenn in the years that followed.

In his second year of working with us, he again paid no state or federal income taxes. And in his third year, he only paid $50,000.

Bear in mind that his construction company grew over the course of those three years. And even with that growth, the tax he paid in his third year with us was just a drop in the ocean.

The Tax Planning Lessons You Can Learn

With the right strategy, you can save hundreds of thousands of dollars. Of course, that’s all money you can use to grow your business and provide for your family.

So, what are the key lessons to be learned from this story?

We can think of three.

Lesson #1 – You Have to Take Action

It would have been all too easy for Glenn to just pay his tax bill and continue on as though nothing needed to change.

That’s what his CPA advised him to do. But in doing so, he’d have placed his growing business under considerable strain.

The simple lesson here is that you have to seek help if you feel like you’re paying too much income tax. This is especially the case in a growing business, which may require restructuring.

Lesson #2 – Don’t Be Afraid to Question

But he made the right choice.

Glenn came back to us to learn more about the plan we’d created and how it would look in practice. In other words, he educated himself on the issues our plan confronted.

That’s so important when dealing with your taxes. The rules and regulations change on a yearly basis and you need to learn from people who stay on top of everything.

Upon learning more about what our plan would achieve, Glenn made the right choice and saved an enormous amount of money.

Business growth brings with it new demands on your business structure. If you don’t make changes to accommodate them, you risk facing the same cash flow issues that Glenn did.

You have to be willing to make changes.

Your structure needs to encourage efficiency in all areas of the business, with tax being just one of them.

Loyalty Only Takes You So Far…

Glenn’s loyalty to his CPA is something we definitely admire.

Unfortunately, it would have led to him paying almost $800,000 in income taxes that he didn’t need to pay.

The same thing could happen to you and your growing business.

The unfortunate truth is that the people who helped when you started your business aren’t necessarily able to take it to the next level.

Ed Lloyd & Associates can provide the support you need.

We can work with you on your business structure and tax plan to ensure you only pay what you have to.

Does Glenn’s story resonate with you?

If it does, then it’s time to take action. Schedule an appointment with us and we’ll go over the issues you face in your construction business.

Increase Cash Flow in Your Business!

When you’re ready to accelerate your business, schedule a call with me.

Have an awesome day!